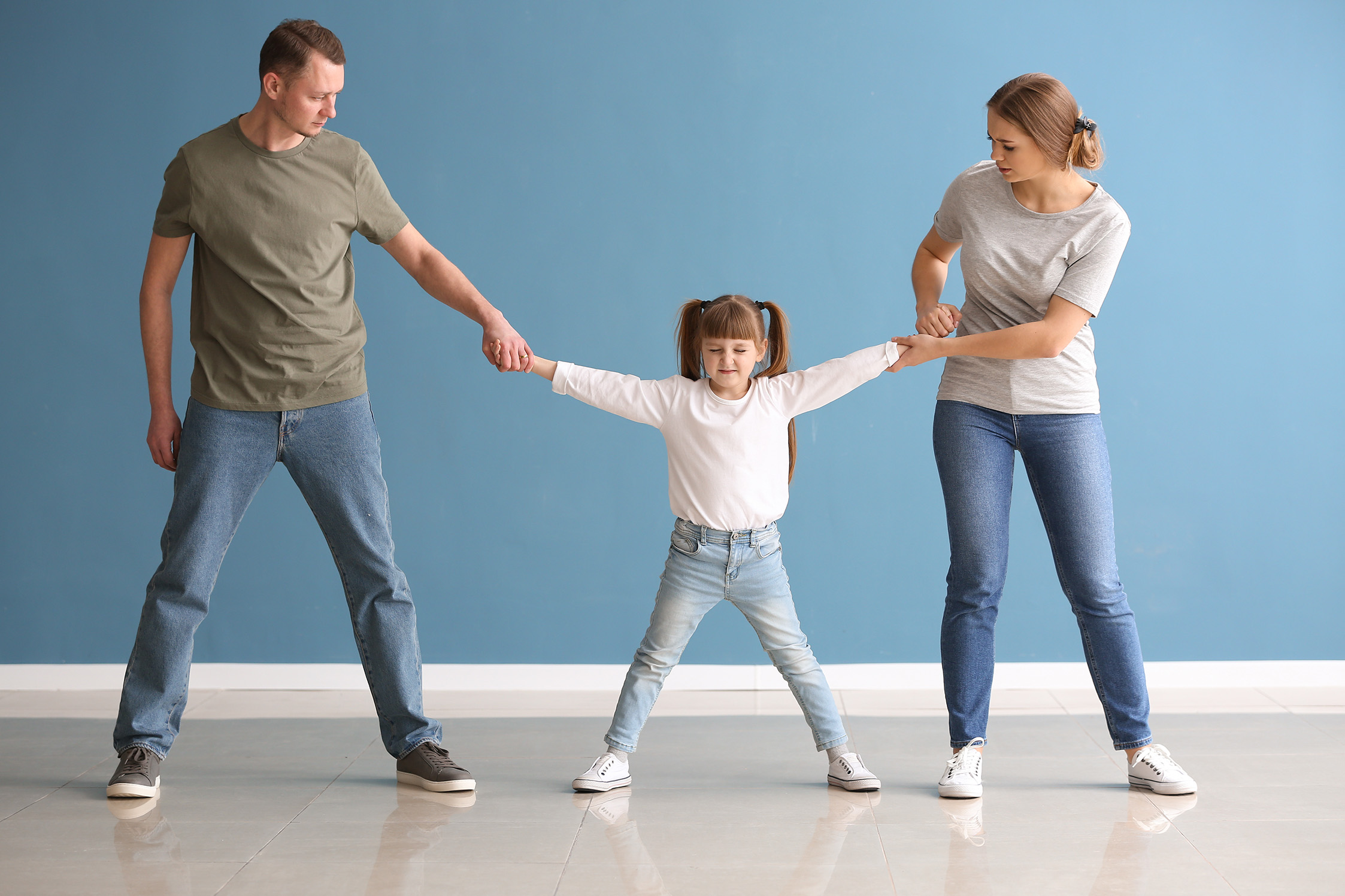 In Houston, few family law issues come with the same level of emotion attached as in child custody cases. Disagreements between divorcing parents can lead to arguments and spiteful actions and sometimes, this can create stress and unrest in the lives of the children involved.

Here at Skillern Firm, we are committed to preventing this. We work with families to solve their disputes in the quickest and least damaging manner. Our goal is to get everyone involved into their new normal as quickly as possible.

Each Houston child custody lawyer here at Skillern Firm, knows that the child’s interests come first, no matter what. Our team will work tirelessly and to the fullest extent of our ability to protect both your child and your rights as a parent.

If you want to discuss your case with one of our skilled Houston child custody attorneys, call us today for an initial case evaluation.

What is a Custody Trial?

When parents separate, it is often the case that both parties want child custody. When this happens, and parents cannot come to an agreement, it may become necessary for a family judge to make the decision regarding primary child custody.

The courts will always make decisions based on what they think is in the best interests of the children involved. When this happens, the results can be different from what either parent wanted, leaving you both unhappy with the decision.

A good child custody lawyer will have a wealth of experience in both negotiation and mediation. This means we can help you come to an agreement that you are both happy with.

In Texas, the term conservatorship is used in place of custody. A conservator is usually the parent of a child, but can also be a non-parent or a government agency. The two most common types of conservatorship in the state of Texas are:

Joint custody is the term used when both parents share rights, duties, and child custody. This is usually the term given to any parenting plan that does not classify as sole custody. There are many different forms this type of custody can take.

The wide umbrella of joint legal custody can take a number of forms in terms of the duties and rights of each parent. In joint custody, whoever has the child during the week is the primary conservator, meaning the other parent has visitation rights.

If one parent has been awarded sole custody rights then they are named the sole managing conservator. This means they have the right to make all important decisions regarding the child. This is usually awarded by the court when one parent has issues that may affect the child’s well-being.

Examples of why this may happen may include drug use or alcohol use. It may also include a history or pattern of child neglect.

During the case, the parent who wants to be made sole managing conservator must plead it in their petition. Alongside these requests, the parent must also sign an affidavit that details the accusations they are giving as a reason for the request.

If the court finds good cause, a parent is given the exclusive rights to make decisions regarding that child. It may also mean the other parent has restrictions placed upon them in terms of visitation rights and possession and access.

If you believe that you should be the sole conservator of your child, speak to a child custody attorney today. They will be able to help you form your plea appeal in a persuasive way and ensure your paperwork is in order.

During a child custody hearing to determine conservatorship and possession and access issues, many factors are considered by the court. Some of these factors include:

Potential Danger to Child from Either Parent

One of the first and most important factors that will be considered in any Houston, Texas courtroom is the safety and well-being of the child. This means that if either parent has a history of violence, abuse, drinking, or drug use, this could influence the decision.

This makes it extremely important to work closely with a skilled child custody lawyer to present accurate facts surrounding this history. A history like this does not mean you will automatically lose your case. It does mean, however, that you will need to put forward a compelling argument that you have made changes and corrected your behavior.

If you are attempting to prove that your ex is a danger to your child, the more evidence you can provide the better. You can use text messages, emails, diary entries, police reports, or any other evidence you believe is relevant.

Another thing the Judge will look at in any child custody case is the stability of both parents. Each parent involved will be evaluated to make sure that they can maintain a job, provide stability, and are able to see to all of the child’s financial and emotional needs. The Judge will look at each parent’s ability to do this in the past as well as in the present.

In Texas family law court, the Judge will not use gender as a bias for any decisions. Instead, they will look at how involved each parent has been with their child previously.

If you are the parent who usually takes your children to the dentist or the doctor and you are the one who turns up to the football games and school events, this will be taken into consideration. Even if you do not win custody, the court will still encourage you to continue attending these events for the best interest of your child.

Being a working parent does not rule against you but the Judge may take into account the fact that you work long hours or shifts if it prevents you from being the primary parent or the parent that frequents these types of events.

The Emotional and Physical Needs of the Child

It has been proven time and time again by numerous studies that children have a better chance of healthier development if both parents are involved in their lives. The Judge will always attempt to make this happen and will look unkindly at either parent attempting to alienate the other in the eyes of the child.

Family bonds are important. If a child has grown up in a tight-knit family group, the court will try to make a decision where the child maintains access to that group. This can get complicated when divorces involve parents relocating to other states or countries and will need to be worked out by your child custody attorney and the Judge.

When the child reaches the age of 12, the Judge may also consider the child’s preferences in which parent they would prefer to stay with. This is not an automatic application of which parent gets primary custody; however, after speaking with the child, the Judge will take into consideration the child’s desires while keeping in mind the child’s best interest.

Which Parent Is More Likely to Be Awarded Custody?

Texas courts do not have a bias toward who gets custody before they have examined the facts. They will not favor the mother or the father based on gender alone. The only things that will influence the decision of a Judge are some of the factors listed above.

The preferred outcome of the court and any child custody lawyer will always be to create a joint custody plan with both parents being involved in the child’s life as much as possible.

Sometimes there will be specific instances where one parent may have the children for less time than the other, even with joint custody. This will be laid out and established in the visitation order. This will depend on what the court thinks is in the best interest of the child and on each parent’s stability in terms of their finances and history. Generally speaking, there is a Standard Possession Order as well as Modified Possession Orders.

If one parent has issues with violence, drug or alcohol abuse, either parent may attempt to have these visitation orders modified to restrict access or implement a supervision requirement.

The best way to start the creation of a good parenting plan should always be to get in touch with a good child custody lawyer.

If you have a jealous or angry ex who is regularly violating their court orders, stopping you from seeing your children, or alienating them against you, you may need help enforcing the court order. To do this, you should speak to a family law attorney who will be able to inform you of the best steps to take and will make your enforcement requests  to the court on your behalf.

In almost all cases, it is always better if both parents can find a way to agree mutually on the best course of action.This is often difficult, especially when both parents feel they have the best claim for custody.This is where the negotiation skills of your child custody lawyers become so important. They are skilled in negotiation for a reason and will be able to help you and your ex communicate without letting emotions take over.

Working out child support is another job for an experienced child custody attorney. When you are in a married partnership, the responsibilities are split, which means one parent may work and one may stay at home. When these partnerships end, the partner who no longer works may need financial support.

In family law and child custody arrangements, the spouse who wins custody of the children is usually the one entitled to financial support from the other parent who does not have custody.

We know exactly how difficult a child custody case can be. We deal with cases like yours regularly. Our family lawyers know exactly how to negotiate and mediate so that the proceedings run a lot smoother. We will help prevent communication from breaking down and will fight for your rights and the rights of your children.

Give Skillern Firm a call today at 936-213-8479 to speak to an experienced family law lawyer from a legal team that wants to help.