Home $ Premarital and Postmarital Agreements $ Is It Possible to Change a Prenup?

Is It Possible to Change a Prenup? 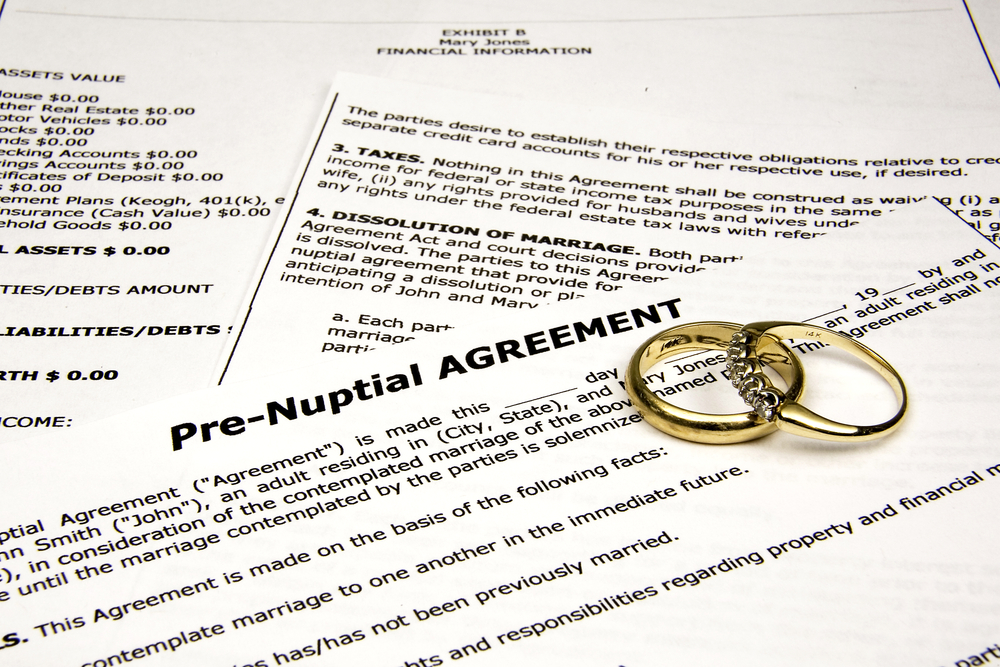 Prenups are common in marriages where one or both parties bring a lot of money into the relationship. If you’re going through a high net worth divorce in Sugar Land, TX or Houston, TX, reach out to us to find out more about whether it’s possible to change your prenup and what other options you have in a divorce.

Is It Possible to Change a Prenup in Sugar Land, TX or Houston, TX?

The simple answer is yes, but the longer answer requires some explanation. If you’re still married and want to change your prenup, you can do so by agreeing with your spouse to either modify or invalidate your original prenup. You’ll need to write up a new agreement that either changes your prenup or disavows it entirely. You don’t need anything to support these changes so long as both parties agree to it and the agreement is made in writing.

What If We Don’t Agree?

If you and your spouse don’t agree, or if you’re already in the divorce process, you will not be able to take the simple route detailed above. However, it’s possible your prenup could be invalidated by the courts if one of the following is true:

One or Both Parties Signed Involuntarily

If one of the two spouses was forced in some way to sign the agreement, the court may invalidate it. The issue here is in proving that one party was coerced in some way, by force, pressure, or threats. A divorce lawyer will be able to tell you how you can prove this and what evidence you’ll need.

One or Both Parties Were Impaired When Signing

This can be a difficult point to prove, but if one or both parties were drunk, under the influence of drugs, were taking heavy prescription medications, or were unable to really understand what they were signing due to illness or injury, a lawyer may be able to help get the prenup invalidated.

If it can be proved that one spouse failed to give a fair and reasonable disclosure of all the property they owned at the time of the agreement, and of all the financial obligations they had, then this is grounds for invalidating the agreement if a judge decides that the prenup was unconscionable. A spouse may also be able to challenge a prenup if it can be shown that the other spouse deliberately committed fraud by lying about themselves or their situation in some way.

For a judge to come to this decision, it will have to show that the other spouse did not expressively waive the requirement for full disclosure prior to the prenup agreement and did not have knowledge of the other spouse’s obligations and property, nor reasonably could have been expected to have had such knowledge.

The Prenup Was Invalid From the Start

A prenup must have fulfilled all the Texas obligations for such an agreement according to the Uniform Premarital Agreement Act (UPAA). It’s not uncommon for spouses to think they have a prenup only to discover that they never had a legally enforceable agreement at all because their agreement did not follow UPAA rules. For a prenup to be valid, it must:

What Can a Prenup Cover?

In Texas, a prenup can cover any of the following issues:

What Can a Prenup Not Cover?

A prenup in Texas cannot be used to limit amounts of child support paid after a divorce. This is because, even though the child support payments are made from one spouse to another, that money doesn’t actually belong to the receiving spouse: it belongs to the child. It is the child who has the right to be supported, not the parent.

Child custody also cannot be determined in a prenup agreement. If the event of a divorce, the family law courts of Texas will rule on custody issues, and these rulings are made with the child’s best interest in mind, not the interests of the parents.

Prenups are most common when one or both spouses bring a lot of money or other assets into the marriage. A high net worth divorce can be more difficult to negotiate. It’s not unusual for the spouses to disagree about the terms of the divorce, with or without a prenup in place. Some of the assets that tend to be argued over include cash, stock options, business equity, real estate, boats and vehicles, pensions, retirement benefits, and valuables like art, heirlooms, and jewelry.

Texas is a community property state, meaning that any assets a couple acquires during their marriage are to be split equitably, not 50/50. An equitable split involves the court examining all the circumstances of the divorce and marriage, the debts and assets the couple share, custody arrangements, and earning power disparity to decide a fair distribution of assets. The court will consider, for example, whether one spouse is at fault for the marriage failing, whether one spouse may have sacrificed career opportunities to support the other, the health of both spouses, and more.

Much of this can be affected by a prenup agreement, so long as it was valid. In the absence of a prenup, generally, any assets that were acquired during the marriage will be divided. Any assets that were brought into the marriage, if they were never intermingled with any other property, will remain with the spouse who owned them originally.

For example, a family heirloom, like a ring, owned by one spouse prior to the marriage will likely stay with that spouse. But if a spouse brought $23,000 from a savings account into the marriage and deposited it into a joint savings account after the marriage, even if no withdrawals were ever made, this may be considered a mingled asset and so subject to division.

Get the Help You Need

As you can see, though any divorce can be complicated, a high net worth divorce offers even more potential for problems. With or without a prenup, there will be many issues the couple must work through. If you are considering divorce, the wisest course of action is to find a skilled divorce lawyer with knowledge of all the local and state laws that pertain and experience in the Sugar Land, TX and Houston, TX family courts.

If you need to challenge a prenup or get a skilled legal expert on your side, contact the Skillern Firm today. At the Skillern Firm, we understand how a divorce settlement can affect the whole rest of your life. We’re committed to giving you the representation you need to fight for what is important to you: and what you deserve. Call us today to get the best possible outcome in your divorce.