Home $ Divorce $ If You Have a Common-Law Marriage, Do You Still Need a Divorce?

If You Have a Common-Law Marriage, Do You Still Need a Divorce? 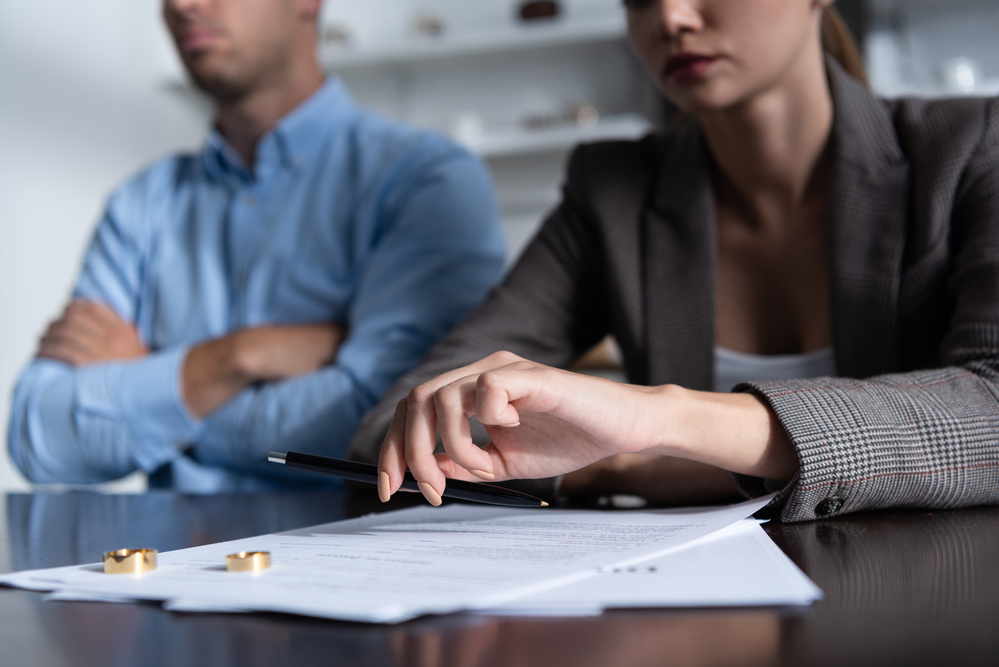 Separating from a partner can raise a lot of questions, from custody issues to the division of community property. The number of couples who choose to cohabitate together without a formal marriage is on the rise, and so are questions concerning the termination of such an arrangement. What qualifies as a common-law marriage, and do you need a divorce in order to end one? Speaking with a divorce lawyer in Houston, TX is the best way to get clarity on these issues.

If You Have a Common-Law Marriage, Do You Still Need a Divorce?

In Texas, common-law marriages hold the same status as formal marriages. That means that while there may not be state records of the commitment, people who wish to end common-law marriages need to file for a divorce in order to exercise their full rights. Furthermore, if you want the option to remarry after having separated from your common-law marriage partner, getting an official divorce can help you avoid charges of bigamy.

In short, getting a divorce is the best way to legally close one chapter in your life so that you can move on. With common-law marriages, the process of obtaining one is the same as it is with formal marital unions. The biggest difference is that you will need to prove that you and your partner were married in the eyes of the law.

What Is a Common-Law Marriage?

Defining a committed relationship can be challenging these days. Many people cohabitate and build lives together without ever saying “I do”. When such an arrangement ends, one party might seek a divorce for the purposes of dividing assets or resolving custody issues. However, two roommates don’t become spouses automatically just because they live together.

In order for two people to legally have a common-law marriage (and therefore obtain a divorce), three things need to be true. First, the individuals must have agreed to be married. Second, they must live together as husband and wife. Third, they must present themselves as a married couple when they are in public.

How Can You Prove a Common-Law Marriage?

If you are seeking to end a common-law marriage, you definitely want to talk to an attorney. Proving a common-law marriage can be tricky due to the fact that there are no official documents and much of what defines a marriage goes on in private. However, a qualified family law attorney can build evidence for you.

Sometimes, your partner’s past actions can be used to show his or her agreement to a permanent, marital union. If you have signed a mortgage or another legal document together, it could become evidence that you present as a married couple to the community. Unlike in some states, the length of time you and your partner live together in Texas is not a determining factor in the status of your relationship.

What Is the Difference Between a Common-Law Marriage and an Informal Marriage?

An informal marriage is one that goes forward without a marriage license or an official ceremony. In Texas, common-law marriages and informal marriages are the same. Occasionally, couples might file a Declaration of Informal Marriage, which is an official document that specifies the status of the arrangement. However, you do not need to have filed this document in order to exercise your rights in the event of a divorce.

What Are the Grounds for Divorce in a Common-Law Marriage?

In a common-law marriage, the grounds for divorce are the same as in a formal one. You could file for a no-fault divorce, which indicates that the marriage ended as a result of irreconcilable differences between you and your partner. Other grounds for a no-fault divorce include having mutually sought separate living arrangements or the confinement of one partner to a mental health facility.

In some cases, the actions of one partner are found to be the reason for the divorce. If you believe your partner was at fault for the termination of the marriage, you could claim:

How Are Assets Divided in a Common-Law Marriage Divorce?

The division of assets depends on the reason for the divorce and what kind of assets are held. Texas is a community property state, meaning that most assets acquired during the marriage legally belong to both partners together. They can include real estate, financial assets, personal property, and debt. In the case of a no-fault marriage, these assets are often divided equally.

If one partner sues the other for an at-fault divorce, they might be awarded compensation that exceeds a 50/50 division of the assets. Similarly, one partner might be penalized for attempting to conceal assets during the divorce process. It is important to note that if you end your relationship with a common-law spouse without getting a divorce, he or she might claim a share of the assets you acquire after you have unofficially separated.

Can I Receive Spousal Support or Child Support?

If you and your partner have children together, you may be entitled to child support. Similarly, one partner may be ordered to pay spousal support if the other is unable to support themselves. When these issues arise, it is important to find an attorney who will work to ensure that the outcome of your divorce is fair to you.

How Are Custody Issues Resolved?

Texas courts determine custody according to the perceived best interests of the children. Most often, that means granting joint custody. However, sole custody is granted when one partner doesn’t have the ability to care for the children or is determined to be a threat to them.

If you find yourself in a custody battle, the court will attempt to ascertain which partner is a better fit to be the primary parent. Factors that will be considered include:

When Should You Work With a Lawyer?

Working with a divorce lawyer is a good idea in the case of any divorce, but it is especially important for common-law marriages. To end the relationship in a legal way that includes a fair division of assets, you will need a skilled lawyer who can prove the existence of the marriage and the community property you share. Working with a lawyer can also make the process go faster, saving you time and emotional difficulties.

Talk With a Divorce Lawyer in Houston, TX

If a divorce is in your future, it pays to work with a qualified divorce lawyer in Houston, TX. Your lawyer can guide you through the legal protocols that make any divorce complex. He or she can help with the negotiation of the terms, protecting your interests whenever necessary. To learn more about how a lawyer can help you obtain a fair divorce for a common-law marriage, contact Skillern Firm today.