What Are the Different Types of Child Custody? 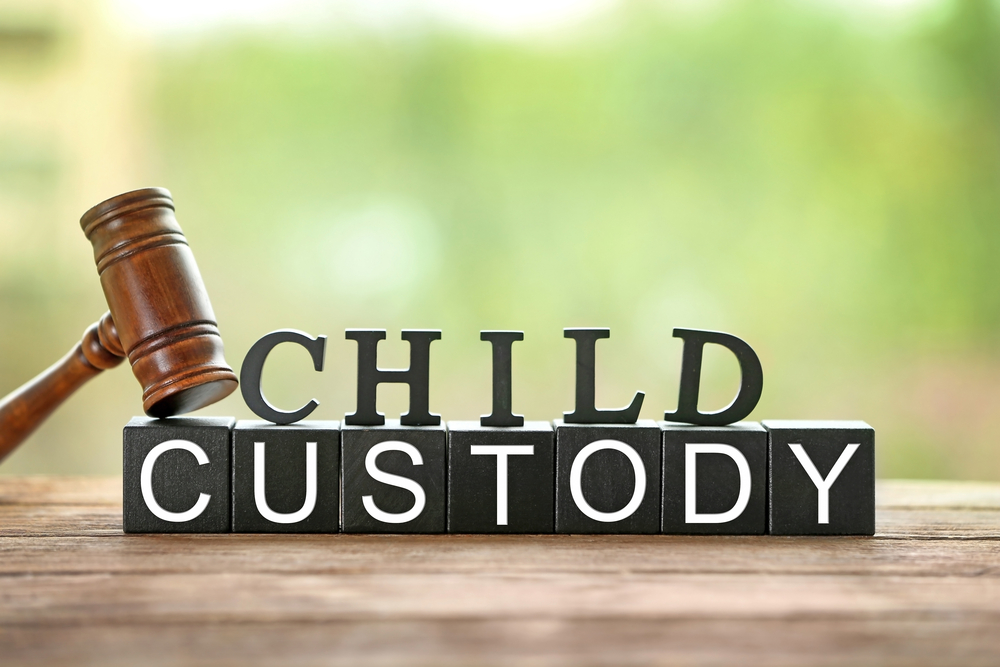 If a situation arises in which it becomes necessary for two parents to file for a divorce, one of the most pressing issues to be resolved becomes the custody of any children they may have. If you are currently or soon to be involved in a child custody case in the area of Houston, TX, you need to be aware of the different types of custody that are potential options for your child or children.
Finding good legal representation is essential in order to ensure that the best outcome for all those concerned can be reached in a painless fashion. A good family lawyer will guide you through the divorce process and create a plan to achieve your goals. Depending on your specific situation, the court may recommend different forms of custody, and below is a short explanation of the options you may face.

Although it is not an official category of custody under Texas law, temporary custody refers to the care given to the child or children by whoever is looking after them throughout the custody proceedings in court. In other words, it is a way of referring to the pre-decision status of the child and is not awarded as part of the court’s decision or as a result of its findings. Temporary custody is not an indication of more permanent arrangements.

That being the case, temporary custody can have an impact on the court’s findings, because one important factor in the custody process is the issue of disruption in a child’s life. Because of this, if a temporary custody arrangement is seen to have clear and obvious benefits for the child then that could be taken into account when deciding the future custodial arrangements. Having experienced custody lawyers to guide you through this process is essential.

Family courts in Texas will prefer, wherever possible, to arrange joint custody for a child or children in order to promote the long-term cooperation of both parents in the life of the child. In this way, the child benefits from the parents’ joint decisions over education, healthcare, hobbies or other pursuits, and general development in life. This allows for the minimum possible disruption, as multiple elements of the child’s life remain unchanged during and after the divorce proceedings.

There are in fact three different types of joint custody that can be arranged, depending on the specific circumstances of each family: Joint Legal Custody, Shared Physical Custody, or a combined arrangement of the two.

In Joint Legal Custody, the child remains at one permanent residence with one of the parents, and both of the parents together undertake the legal care of the child. The parent with whom the child does not live still has unregulated access to the child, although there are regulations concerning the geographical distance between the residences of the two parents. Moving out of state, for example, or to another country, would require good reason.

In Shared Physical Custody, the child would reside at each of the parents’ residences at different times, with the stipulation that at least thirty-five percent of the year is spent at the residence of the other parent. If there are subsequent disagreements about times of visiting or other issues, subsequent court proceedings may be necessary.

In a combined arrangement, mixing both the joint legal custody and the shared physical custody, other agreements can be reached. If, for example, it was thought better for the child to remain in one residence and for the parents to take turns living there with the child, that could be possible. Having the experience of a good family lawyer is key to decisions like these.

If it turns out that one of the parents is unfit to take part in a custody arrangement, or if, for example, they failed to appear for the custodial proceedings, the court can award custody to the other parent. In this case, the single parent would be given both legal and physical responsibility for the child, including having the child reside permanently with them, and the other parent’s visitation rights would be limited according to an agreement.

If the court awards sole custody to one parent, this gives the parent authority to make decisions in a host of areas, including where the child will live following the divorce proceedings, where the child will go to school, any medical care that is required, and other activities such as after-school curricula or hobbies.

This kind of arrangement may be most appropriate if the children are of vastly different ages, or if the children have a strong preference for one parent over the other. It may also be taken into consideration if neither parent is financially able to support both children but shows a strong desire to support at least one. In essence, split custody involves each parent having shared legal custody but sole physical custody of the child.

In the very unfortunate event of both parents being either unavailable or deemed unfit by the court to take custody of the child, or if the child has already been in the care of another guardian for at least six months, a Texas court may award third party custody. This could be the closest living relative, a guardian who has been taking care of the child, or a grandparent in the event that both parents are deceased or missing.

If one of these people has been providing care for the child, they can file a suit for third-party custody. The courts will make a determination based on what they consider to be in the child’s best interests, and having a good family lawyer to help present your case to the court will be essential in these situations.

Get More Information On Options for a Child Custody Case

The situations that lead married couples to divorce are varied and often extremely painful or unpleasant, and any marriage which also involves a family and children is bound to be especially complex and upsetting as it comes to an end. The different categories of child custody outlined above are designed to make this process as smooth and manageable as possible, but it is still essential that anyone undergoing a child custody case have good legal representation.

In order to make sure that you are being made aware of all of your options, and their implications, you must not hesitate to contact a Texas Family Law attorney, at Skillern Law. The team at Skillern is experienced and reliable and will take great care of you whilst answering your questions and working to achieve the best possible result during a child custody case. Get in touch with a Skillern Law attorney today.