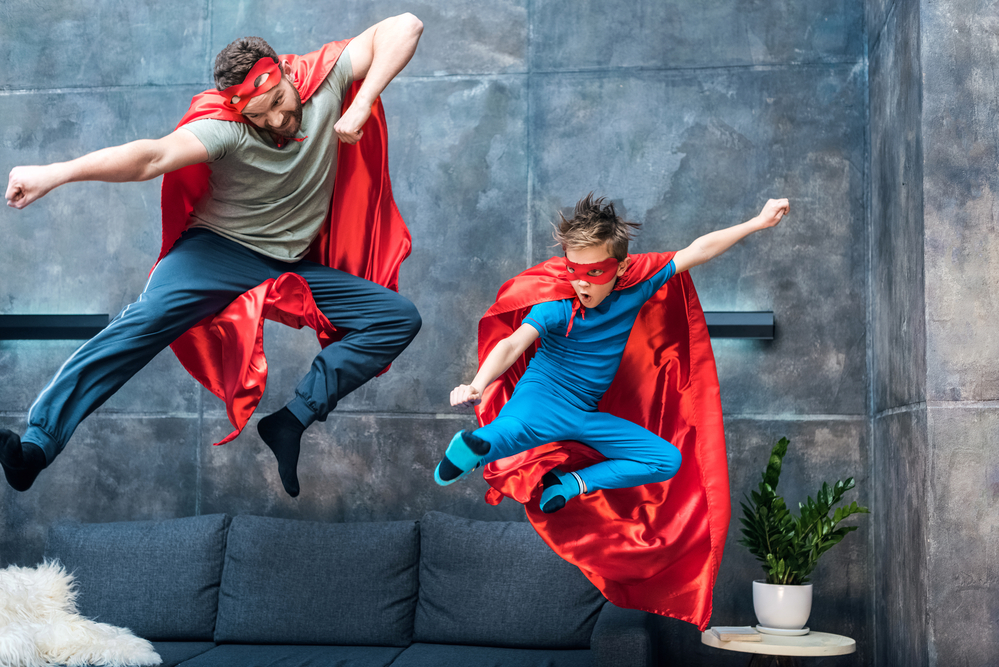 Historically, in the event of divorce, the mother would retain custody of the child. A few reasons for this were that mothers are natural caregivers, fathers provide a support role, and women are historically underpaid in the workforce. As time goes on and society evolves, we are seeing more and more mothers, and women in general, stepping into a support role to “bring home the bacon” and fathers taking on a more nurturing role in many cases. This has changed thoughts on mothers’ and fathers’ rights in a Texas divorce in recent years.

Women’s wages still fall ~20% short of being on par with their male counterparts. Even still, it is not uncommon nowadays to see stay-at-home moms, stay-at-home dads, and households where both parents work full-time. Now, with the roles of men and women becoming more congruent, there is a question that must be asked: Do men and women share the same rights in family court? In short, yes, but read on to learn about your parental rights concerning custody.

In a Texas divorce, the most preferable type of custody is joint custody. This assures both parents are a part of the child’s life. In a joint custody agreement, one parent gains primary custody which means the child will be living with that parent for the majority of the time. The second parent becomes a non-custodial parent, which grants them visitation rights to the child.

Sole custody, as the name suggests, gives one parent 100% control over the child. Sole custody is awarded when one parent shows they are unfit to raise a child. This could be due to drug dependency, a history of physical abuse, absenteeism, and other factors.

Third-party custody grants custody to an individual other than the parents. This could be due to many reasons, the main ones being that both parents are deceased or both parents are deemed unfit to raise a child. In this case, custody is usually awarded to the closest relative or whoever has been raising the child for more than six months. Most often you will see grandparents take custody in these situations.

90% of custody cases are settled outside of the courtroom. These cases are conducted with either the parents coming to a mutual agreement which the court signs off on or with the aid of a mediator. 51% of these cases end with the mother gaining physical custody, while the father becomes the non-custodial parent.

Divorce and custody is not an easy battle. Emotions and tensions are high. It is usually in the best interest of both parties to have a third-party mediator or attorney to look out for your best interests. These skilled individuals are experts at presenting the best qualities that you put forth in your child’s development.

A Brief Overview of Fathers’ Rights

In 1973, with the passing of the Equal Rights Amendment, the gender of parents could no longer be used as a reason to grant custody. Fathers’ rights and mothers’ rights are equal rights through and through. The only thing that matters is the ability to provide the best life for a child. So rest assured if you’re going through the Texas divorce process, your sex will not be discriminated against.

As stated above, the majority of these cases end with the mother gaining primary custody. If you are someone dealing with joint custody, it is your right to visitation set forth in your parental or court-mandated agreement. According to the Texas handbook for non-custodial parents, your visitation rights are as follows (given you live within 100 miles of the child):

For parents over 100 miles apart:

Modifications to the rules

Under certain circumstances, the rules stated above are no longer applicable. If the child is under three years old or the non-custodial parent is “new” in the child’s life, then special considerations must be made. These considerations are called a Modified Possession Order. It typically starts off with shorter visitation rights and gradually grows until the court grants a Standard Possession Order.

A Closer Look at Custody in a Texas Divorce

The spectrum of what is considered in custody cases, whether by the parents, mediators, or court, is broad. Having a strong understanding of what is expected of a primary parent is half the battle.

Having a plan for your child is always a good idea, especially in a custody battle. Being able to show a clear plan for your child’s future (and following through) is key to proving you are fit to be a custodial parent. Plans could be something like “I will be sending my child to ABC Elementary next year. I chose this school because they have exceptional test scores and I believe it is the best fit for my child. He has shown an avid interest in football so this coming fall/winter he will be participating in the local league.” Having a clear concise plan that also puts your child’s best interest at heart is key to your case.

At the end of the day, the court system is there to benefit the citizens. They want to know that your child will be receiving the best possible care. So sitting down with your child and learning about their interests will help in making the best plan for their future.

Drug or alcohol abuse can play a big role in determining child custody. If a parent is a current user of illicit substances or uses alcohol to the point of neglecting childcare responsibilities, they may forfeit their right to custody – joint or not. In the same vein, a history of physical abuse is heavily considered when making custody considerations.

Everybody is flawed, and the court system knows that. A parent is right to worry about their past mishaps, but it is not the end of the world. A consistent track record of improvement can show a courtroom that the parent deserves joint custody.

What Can You Do About a Lost Custody Battle?

A lost case is not the end of the day. There are a couple of options to consider. One is filing for legal custody. With legal custody, even though one parent has primary custody, you can still make the important decisions for your child. These decisions can be things like where the child attends school, how often they see a doctor, etc.

Another option is to refile for custody. As mentioned, showing a track record of improvement can go a long way and that is the same for refiling. Showing a judge that you are working on the reasons you lost in the first place can be your salvation the second time around. Also if you can prove any wrongdoing on the primary custodian’s part then you may also refile and present your findings.

Having a professional in such matters can take your case the extra mile. Having someone on your side looking out for the best of both your child and yourself is the type of reassurance most people need in these situations. Call Skillern Firm today to talk about your situation and learn what the best next steps are in the child custody process.