Home $ Divorce $ 7 Things You Should Never Say in Court

7 Things You Should Never Say in Court 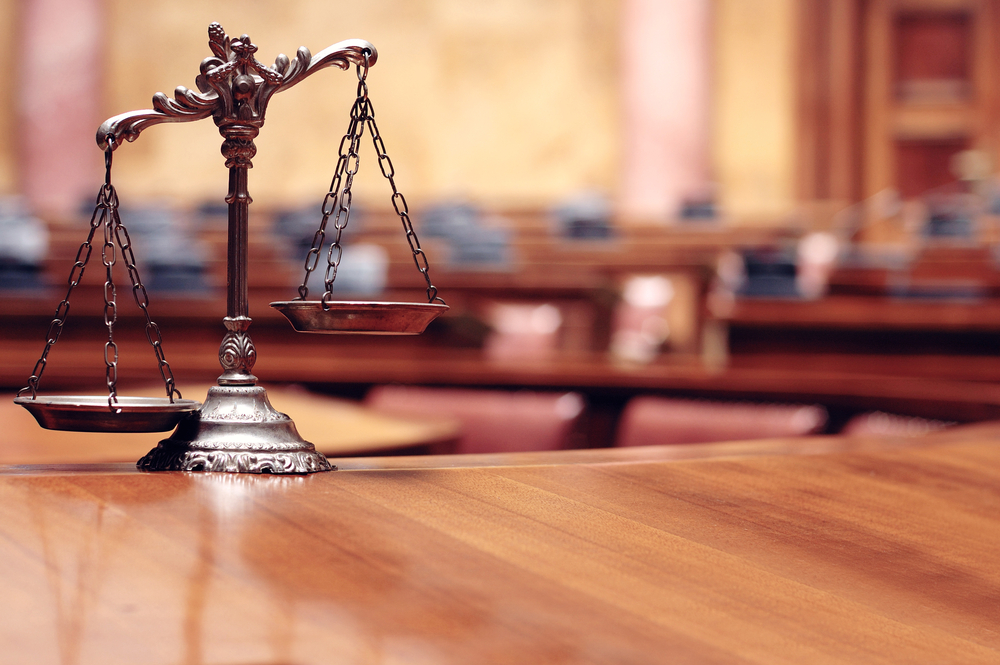 The purpose of divorce is to resolve critical issues, including child support, custody, and fair distribution of spousal assets, when a marriage fails. Given the heated circumstances, it isn’t always easy to respect the process. At any moment, your emotions may get the better of you. That’s why an important aspect of a divorce lawyer’s job is preparing their client for court. All family court lawyers know how damaging one misspoken word can be to your case.

While any fan of the late comedian George Carlin can quote a specific number of words or phrases one shouldn’t utter in court, or any place that demands a certain sense of decorum, the manner in which you generally speak and act in a courtroom is also critical. It can be difficult to know when to speak or remain silent, and when not to say too much or, for that matter, too little. Here’s a helpful guide.

7 Things You Should Never Say (or Do) in Court

1. Don’t Discuss Your Case With Anyone Other Than Your Divorce Lawyer Before Testifying

There is more to a court appearance than taking the stand. Perhaps the most important thing to remember about a courthouse is that the entire premises is public. This includes the halls, restrooms, cafeteria, elevators, staircases, sidewalks, and parking areas, as well as the courtroom itself. In addition, people are not required to turn off their cellphones and other electronic devices until entering the courtroom. Unless you are cloistered behind closed doors, you have no expectation of privacy.
While you are waiting, other people may overhear your conversations. Some may even have an opposing interest in your case. Without you noticing, they could surreptitiously record your conversation using the camera on their cell phone. Just as with your Miranda Rights, whatever you say in public can be used against you. The best policy is to remain quiet. If you must talk, try to distance yourself from others and keep your voice to a low whisper.

2. Don’t Recount Your Testimony With Anyone Other Than Your Family Court Lawyers

Once you’ve given your testimony in a case, you may feel anxious or relieved, and consequently, seek the opinion of a third party. You should strongly resist this urge. Just as it was before you gave testimony, the entire courthouse is in the public domain. Anything you say to persons other than your attorneys could be damaging to the case and your credibility.
It’s equally advisable not to ask others about their testimony for the same reasons. If overhead, your curiosity could be interpreted by adversaries as an attempt to influence other witnesses. In court, perhaps more than anywhere else, silence is worth its weight in gold.

While testifying could be the most important thing you’ve ever done and it’s imperative that you get it right, memorizing the answers to your attorney’s questions is an extremely bad idea for two reasons. First, unless you are an Oscar-winning actor, chances are your testimony will appear stiff and rehearsed when you want it to be as relaxed and natural as possible. Even if you are telling the truth, the judge and jurors are less likely to believe you.

Second, you will never be thoroughly prepared for the opposing attorney’s questions. While your lawyer may anticipate the majority, the order in which they’re asked could confuse you, as would throwing one or two unexpected queries into the mix. By the same token, repeating information verbatim in reply to similar questions will make you appear disingenuous. The trick to credibility is being precise in your answers while projecting a sense of calm and relaxation. Scripted testimony won’t accomplish that.

4. Never Paint Yourself Into a Corner With Absolutism

A little ambiguity is a good thing. The particular details we remember, especially after a long period has passed, may differ in some small way from what actually occurred. Never insist that anything happened exactly as you recall. Rather, describe the incident as being to the best of your recollection. Otherwise, the opposing attorney can and will grab onto a minor inconsistency in your account, then pull on that thread until there is a gaping hole in your testimony.

There’s a scene in an episode of The West Wing. The White House Counsel (Oliver Platt) is prepping the Press Secretary (Alisson Janney) to testify at an impeachment hearing. Concerned she will say too much, he asks if she knows the time. Predictably, she tells him the time. Shaking his head disgustedly, he informs her that he didn’t ask for the time and demands they start over. Understanding his point, she gives a simple ‘yes’ when he repeats the question.

Our natural inclination is to be helpful when asked questions. Often, we try to anticipate the needs of the person asking. While that makes us better people in everyday life, it is a poor, frequently suicidal strategy for two reasons when being examined by an experienced divorce lawyer. One, it isn’t your job to help the opposing attorney. Two, their reason for asking is to damage your testimony.

6. Don’t Allow the Opposing Attorney to Shape Your Testimony

There are times when minimalism works against you. Be careful about how family court lawyers phrase questions when examining you. Some of the oldest tricks in the book are questions such as, “Have you always cheated on your spouse?” If it hasn’t been established that you are, in fact, committing adultery, a simple ‘no’ is an involuntary confession, no matter how outraged your response. The other side is always looking to catch you off guard.

No matter the question, always listen and think before speaking. If asked whether you agree with a supposition, don’t give a quick yes or no, as though you’ve been asked if you know the time. Point out, with a polite smile, that the answer isn’t so simple, then explain in your own words. In some circumstances, it can be better to give the appearance of caution and thoughtfulness rather than running headlong into a trap.

In the outside world, it’s often healthy to express your anger rather than bottle it up. In the courtroom, however, anger and pride can be your greatest enemies. Leave them at home. Always retain an air of respect, courtesy, and humility. Don’t use vulgar language. Resist the temptation to disrespect the judge and jury with sarcasm. Most importantly, don’t allow your emotions to cloud your thinking. Remain polite, thoughtful, and calm, even when provoked.
In fact, you should anticipate provocation. If the opposing attorney acts like your best friend, he’s setting you up for the fall. Never forget that the justice system is an adversarial process.

Matters of family law, including divorce, child custody and support, and division of financial assets, tend to be fraught with emotion. Maintaining your control and dignity while neither saying nor doing the wrong thing in court is easier said than done. That makes it even more critical to have caring, competent attorneys on your side. Even the best possible resolution will profoundly affect the next phase of your life. Contact the Skillern Firm to help you begin moving forward today.